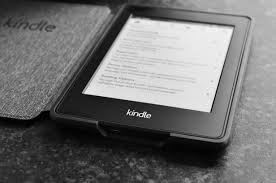 Historically humans have enjoyed the enchanting wonder of storytelling since some of our first gatherings around the illumination of the sacred campfire. Many of the storytelling formats we enjoy today such as theater and sporting events the ancient Greek also enjoyed. But as we boldly continue to charge into the uncharted waters of the digital age, book lovers like myself wonder our place in the days to come. Many experts believe that a great transition to a completely digital format will soon be upon us. However, before we can speculate the future of the age-old leisure read it's important to find out where it stands currently.

According to the Bureau of Labor Statistics, 'American Time Use Survey: from 2003 to 2017', Americans displayed a sharp decline in reading for personal interest on a typical day.

On any given day the average American had 4 hours and 59 minutes of leisure and sports time. That nearly five hours was divided as following: Socializing and communication (45 minutes), Participating in sports, exercise, and recreation (18 minutes), Playing game: using the computer for leisure (25 minutes), Relaxing and thinking (17 minutes), Other leisure activities (12 minutes) Watching tv (2 hours and 47 minutes), then last but not least Reading (19 minutes).

At this rate what is the fate of physical books looking like as we approach 2020?

Companies like amazon have vast libraries of eBooks for sale that could be downloaded at the push of a button.  Aside from that we also have audiobooks made by companies like the Penguin Group and HarperCollins for example. These are companies who listen to reader suggestions, hire talented narrators and voice actors, then produce the audiobook which is purchased just as easily as an eBook.

New authors are giving birth to new genres evolving to cater to a wider everchanging demographic. One such example is LIT RPG which is a rising genre that takes the fundamental theme of Role-Playing Games and takes it to the relm of literature. I've also come across full cast audiobooks that come with no shortage of soundboards and effects to help fully immerse the listener.

Upon asking people what the major barriers standing in between reading and yourself? Three major reasons presented themselves most frequently. Excuses ranging from distraction, to the competition of technology, and even minor health concerns such as attention span and eyesight.

Never has creativity and learning had such a bane in their existence as powerful and counterproductive as distraction. Though distraction effects more activities than reading, it takes a great toll on storytelling. Anyone who's verbally presented a speech and had someone talking inside the crowd being addressed knows the effect distraction can have on a target audience.

Personally, I'll sit down to read in my downtime and unless I hide my phone, I find the temptation of distraction is far too great. That’s also not considering all the other excellent distractions we have within reach. Videogames, movies, tv shows, and podcasts all available on just our phones alone.

Bill Gates weighs in, on an interview about reading habits done on YouTube by a channel called Quartz. Gates went on to say three things that I thought would be good advice to combat distraction. First was this quote: “I don’t let myself start a book that I'm not going to finish.” By saying this Bill Gates is holding himself to a standard that he really wishes to keep. Setting and maintaining goals may not work for everyone but for those more used to structured motivation it may well do the trick. Secondly another bit of information that I felt could be useful in this section was another pro tip Gates himself utilizes: Note taking. Bill goes on to say “For me taking notes helps makes sure that I'm really thinking hard about what's in there. Lastly Gates touched up on the subject of how much time to set aside for reading. Saying in the interview “Magazine articles and YouTube videos take up the 10-15-minute little slots, but when I'm reading it’s for a little over an hour”.

Technology has done a great job of spreading awareness of new authors and genres. Not to mention as the years pass and new devices flood the market, we see an increase in accessibility to devices capable of both audio books and digitally read books formats such as the Kindle. However, with a great change in what has been a greatly unchanged building block in humanities upbringing something of a migration is beginning to occur. With ample reason too, although many of us long for the physical books of yesteryear and the sensation of actually turning a page, a great deal of the population sees our transition to the digital format as environmentally responsible move.

Michelle Cobb of the Audiobook Publishers Association stated that “26% of the U.S population has listened to an audio book in the past 12 months.” In fact, the USA is the biggest market for audio format in 2017 we had 2.5 billion dollars in sales. Which is an increase from 2.1 billion generated in 2016

Michael Kozlowski, the editor in chief of Good e-Reader explains more saying “Audiobooks are the fastest growing segment in the digital publishing industry.” As a devote audio book lover this is no surprise to me.
Originally my love for them was found when I was working long days doing manual labors in an orchard that allowed me to have one headphone in all day. Before long I quickly listened to every song in my playlist front to back. A short time later I had no urge to keep listening to music for eight hours each day. Audio books filled the gap. Delivering to me easily accessible content that was never the same thing on repeat. Before long I was listening to them outside of work too, audiobooks relit my passion for storytelling as well. Allowing me to surpass my own distractive lazy reading habits was one of the biggest benefits.

Another popular excuse worth checking into was a frequent one about attention span. Although this reason aligns with reason one: distraction. There are also certain factors of ADHD that come into play when one is to consider the modern man's leisure reading.

Here is a quick excerpt from WebMD.com pertaining to ADHD. After looking at these numbers consider how they might play into your own life and how many people do you know fall into this category?

The Kaiser Permenante researchers looked at the health records of 842,830 children in the health plan. They ranged from 5 to 11 years old.

White and African-American children were both more likely to be diagnosed than were those of Latinx or Asian-Pacific Island descent.

Typically, more boys than girls are diagnosed with ADHD. In the new study, they found an overall boy-to-girl ratio of 3 to 1, similar to other research.

Attention defecit disorders are often thought of as a childs affliction, but can we grow out of ADHD if effected by it at a young age? Here is a piece from Verywellmind.com -

“While some kids may seem to outgrow the disorder (or no longer have symptoms that result in impairment), in most cases kids with ADHD grow up to be adults with ADHD”

The answer of course, is no, this is an affliction that follows people through life and in an age of constant distraction can directly effect one's leisure time activities and productivity.

PhychologyToday.com did a piece called “Don't People Enjoy Reading Anymore?” written by Peter Toohey Ph.D. In this article Peter states a few points I would like to touch up on.

“There's got to be limits to the benefits of reading and I guess these are set by the content of what it is you’re reading. Leisure reading doesn’t exactly prime the IQ for greater accomplishments so perhaps we shouldn’t be too quickly alarmed by the findings in the American Time Use Survey”

“Leisure reading has been on the decline since the 1980’s well before the attractive distractions of tablets, smart phones, and laptop computers.”

Last but not least I wanted to share the highly unprofessional, unscientific study I conducted on my own. Using my own social media feeds, I asked my audience “What are the biggest barriers between you and reading?” The answer options were as the following: option A) I have ADD or something else related,  option B) My eyes are lazy, hurt or can't focus and option C) Other distractions are just better than reading.

Option A by far received the most votes, with B and C following respectively.

Story telling is a human habit we will always carry with us. No other trademark of our species captures the human race so singularly like the drive to tell and listen to stories.

Now that we have taken a large bite out of all the information above, we can start to paint a picture of how the future of leisure reading will unfold. Although formats will change, I personally believe that humans will never run short on new ideas and ways to communicate them, we will never stop creating stories that captivate, horrify, tantalize and motivate any and all who read them.


Cory Adam Lytle Young and up incoming writer and comedian Included in Good Enough Comedy's Corbett Brewery Showcase and Contender at the Battle At the Roast Room VI Born in San Diego, raised in Wenatchee Washington, and now residing in beautiful Tucson Arizona. "Creating Enthralling works of literature is the foundation underneath everything I do." Follow him on twitter @ManBearWizard
at October 03, 2019