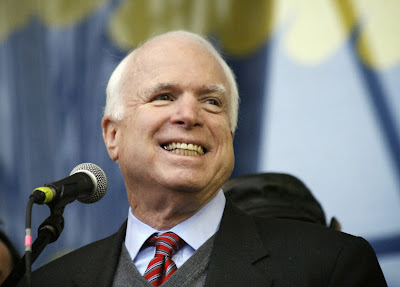 Ever since John McCain returned to Washington, DC to cast the deciding vote against the skinny repeal after receiving a devastating cancer diagnosis, politicians, pundits, and his constituents are praising America’s maverick for standing up to the Trump administration and his fellow Republicans to defend the American people.
Furthermore, his passionate words against the attack by GOP Congressional leaders against usual order firmly cemented Senator McCain as one of the few real statesmen left in the Congress.
The love that has poured out for John McCain is, however, wholly misplaced and glosses over his troubling votes in the Senate, including and especially related to healthcare.
On seven separate occasions since 2010, Senator McCain has cosponsored a Senate bill that would have partially or fully repealed the Patient Protection and Affordable Care Act, also known as Obamacare.
On April 20, 2010, McCain became a cosponsor of S.3152 – A bill to repeal the Patient Protection and Affordable Care Act.
On January 26, 2011, McCain became an original cosponsor of S.192 – Repealing the Job-Killing Health Care Law Act.
Two years later on January 29, 2013, McCain became an original cosponsor of S.177 – the ObamaCare Repeal Act.
In early February 2015, for some inexplicable reason, Senator Ted Cruz of Texas found it necessary to introduce two separate bills that would repeal Obamacare and kick millions off health insurance. On February 2, 2015, McCain became an original cosponsor of S.336 and S. 339 – both named, the ObamaCare Repeal Act.
Not wanting to be outdone by a Senator from a neighboring state, Senator Tom Cotton of Arkansas also introduced to partial Obamacare repeal bills. On July 14, 2016, Senator Cotton introduced S.3251 – Relief from Obamacare Mandate Act of 2016 – followed by S.3297 – Relief from Obamacare Mandate Act of 2016 – on September 8, 2016. And yet again, Senator John McCain was an original cosponsor on both bills.
Between 2010 and 2016, John McCain supported seven legislative proposals from some of the most ardent conservatives in the Senate that would have made affordable health insurance impossible for millions of Americans. On all of these occasions, the maverick of the Senate who boldly voted against his party this summer to save us from the GOP leadership’s horrible healthcare bills sided with his GOP colleagues and against the tens of millions of citizens who have health insurance because of the ACA.
His repeated actions since the ACA went into effect on March 23, 2010, directly contradict the statement that John McCain made less than 12 hours after his dramatic vote against the skinny repeal. “While the amendment would have repealed some of Obamacare’s most burdensome regulations, it offered no replacement to reform our health care system and deliver affordable, quality health care to our citizens,” explained a statement from Senator McCain’s office.

Nathan Davis is a political activist and blogger at elhem.co. He currently lives and works in Washington D.C.