Venezuela and the Failure of Common Sense 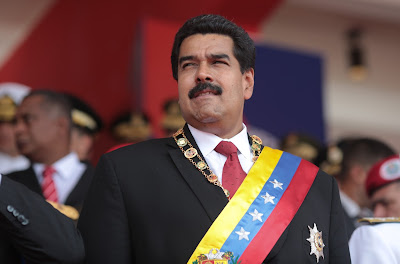 Looking through my Facebook feed lately a lot of my colleagues and friends seem to be talking a lot about the crisis in Venezuela lately. Good, we all should be, the truth is for years now, decades even American's have largely ignored anything going on in Latin America that doesn't involve drugs or immigration. Unfortunately everything they're saying is more or less wrong.

As American's of various political stripes pour out podcasts and YouTube videos railing about the failings of Socialism or the evils of U.S. Imperialism they continue to miss the point.

Socialism didn't cause this collapse. Apologies to my leftist friends, neither did the supposed evils of the great American “empire”.

The crisis in Venezuela is a failure of leadership and more importantly of common sense.

Some truth's need to be accepted first and foremost that a lot of conservatives don't want to swallow. Quality of life for most Venezuelans improved drastically under Hugo Chavez. His policies eased a lot of suffering, suffering that had been made worse in part by the influence of American and European interests. For all of Chavez many failings it's important to understand his successes and victories before demonizing him.


Now on to those failings.

Chances are you've probably heard the cliché 'don't put all your eggs in one basket', apparently however it had never made it into the ears of either President Chavez or President Maduro.

When Chavez rose to power he nationalized the country's oil industry to pay for his extensive social programs, by the end of his reign oil accounted for roughly 95% of all Venezuelan exports and more than half of the nations total GDP.

Keep in mind this happened in the 21st century, despite warnings of peak oil, advances in alternative energy and a massive world wide ramp up in oil production. Bluntly Venezuela's leaders gambled the stability of their nation on a dying industry and an over saturated market.

Venezuela's obsession with fossil fuel was done largely at the expense of other pursuits, despite the constant declaration's of socialism by it's leaders the Venezuelan government failed to fully nationalize any other significant industries. Instead they chose to rely on foreign private industry to fill these gaps, as support for local business and production became an ever increasingly low priority.

Domestic agriculture and food production ground down to almost nothing by the end of Chavez's life. Strict price controls put in place to deal with the higher cost of imported food left little profit to be made and state run supermarkets were instituted to sell and import food from foreign companies.
In addition to this the administration's of both Maduro and Chavez caused massive inflation through the consistent printing of paper currency, while they became increasingly antagonistic to the foreign governments and businesses they relied on.

Then finally as the oil boom of the mid 2000's lead to the burst oil bubble of recent years, Venezuela continued to spend disproportionately in comparison with the amount of money they were bringing in. All of this leads us to where we were today, basic necessities such as food and medical supplies have become scarce because the government can no longer afford them while their citizens sat with handfuls of paper bills increasingly worthless by the day.

Alex Kack is the editor and founder of the 'Bull Moose Review' as well as 'Spooky News'. He is a political advocate, writer and comedian currently based in Washington D.C. where he lives with his girlfriend and their excessive number of pets. Follow him on Twitter here: @Alex_Kack He's on Tumblr here: alexkack.tumblr.com